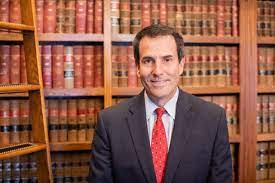 Here’s How to Draft an Excellent Law Assignment

The Federal Courts system is one of the most important elements of our democracy. As citizens, it is our right to have access to the courts if we need them, and it’s important to understand how they work.

In this article, we will explore the 8 types of cases heard in federal courts, what they are and why they are important. We will also look at some of the challenges faced by federal court judges and the impacts of their decisions on everyday life.

What Are Federal Courts?

Federal courts are courts of limited jurisdiction that handle disputes involving citizens from different states or involving foreign nations. The federal court system is made up of three layers: district courts, circuit courts of appeals, and the Supreme Court. In addition to these three layers, there are also specialized federal courts, such as bankruptcy courts and tax courts. Each layer has its own responsibilities and functions.

District courts are the trial courts of the federal court system. These are the courts where people go to file civil or criminal complaints against other parties, seek compensation for damages caused by another party, or appeal decisions made by a lower court. District court judges are appointed by the president with approval from Congress and can serve for life or until they reach retirement age.

The next layer in the federal court system is called the circuit courts of appeals. These are intermediate appellate courts that hear appeals from district courts in their designated geographic areas.

The appeals process in circuit courts is generally much faster than that in district courts since there is no need for witnesses or a jury trial. Circuit court judges are appointed by the president with approval from Congress and can serve for life or until they reach retirement age.

At the top layer of the federal court system is the Supreme Court—the highest court in the United States. It is responsible for ruling on cases involving issues relating to constitutional law, including matters concerning civil rights, freedom of speech, national security laws, immigration policy, and more.

The Supreme Court consists of nine justices who are appointed by the president with approval from Congress and can serve for life or until they reach retirement age. The justices meet regularly in a private conference to discuss cases before them and then issue majority opinions based on their deliberations which become a binding precedent for all lower federal courts to follow in similar cases thereafter.

Once a case has been filed in any level of federal court—district court, circuit court, or Supreme Court—it must go through several steps before it can be decided on its merits: filing pleadings (the documents filed by each party outlining their arguments), discovery (the process whereby both parties exchange information relevant to the case), pretrial motions (whereby both sides ask for rulings on specific matters without going through full trial proceedings).

Trial (where evidence is presented before a judge or jury), post-trial motions (where both sides ask for rulings on certain matters following trial proceedings), appeals (whereby one side challenges a ruling made by a lower court), and finally judgment (wherein a judge renders their opinion based on facts presented during trial). Here is a brilliant resource for you to research federal appeals lawyers.

Civil rights cases involve a person or group who has had their rights violated or discriminated against by another individual or group. These cases usually involve issues such as race, gender, disability, or religion and aim to ensure equal treatment for all citizens under the law. Judges decide whether a violation of civil rights has occurred and determine remedies for victims, such as financial compensation or a change in policy.

Criminal cases involve an individual accused of committing a crime such as murder, rape, or theft. The defendant must be proven guilty beyond a reasonable doubt and faces potential punishment ranging from probation to imprisonment. The prosecutor must prove guilt beyond a reasonable doubt while the defendant’s lawyer works to disprove the prosecutor’s evidence and argue for leniency if convicted.

Patent disputes involve two parties disputing ownership over an invention or idea that has been patented. These disputes often arise when two companies produce similar products that use patented ideas without prior authorization from the patent holder.

The judge must determine which party holds legitimate ownership over the patent and decide on remedies such as licensing agreements or financial compensation for infringement on patents.

Bankruptcy cases involve individuals or businesses that can no longer pay their debts due to financial hardship. The bankruptcy court looks into the debtor’s financial situation and decides whether debtors should be allowed to repay some of their debt or receive a full discharge from all outstanding obligations. Bankruptcy judges must consider a variety of factors, such as income level, debts owed, and assets owned, before making a decision on a case-by-case basis.

Immigration issues involve individuals trying to gain legal entry into the United States from another country either through family-sponsored visas or other immigration programs. Immigration courts hear appeals from those denied visas by US Customs and Border Protection as well as deportation proceedings involving those illegally present in the United States. Judges weigh the evidence presented by both sides before deciding whether an individual can remain in the country legally or not.

International trade matters involve disputes between countries regarding imports, exports, tariffs, and other economic issues that may have an impact on domestic trade policies. Such matters are resolved through arbitration proceedings conducted by judges in an effort to maintain fair economic competition between nations while protecting domestic industries from unfair practices abroad.

Maritime disputes involve conflicts between ship owners and seamen over wages, injuries, property damage, and other issues related to maritime law. Judges must interpret maritime laws governing navigation and commerce at sea before deciding on who is liable for damages incurred during a voyage or dispute between vessels at sea.

Native American issues include claims over tribal lands that were taken illegally by settlers during colonization or other acts of mistreatment committed against Native Americans throughout history. Judges must interpret treaties between tribes and governments as well as tribal laws when deciding who holds title over disputed lands, as well as damages awarded for violations of tribal rights committed in the past.

Federal court judges face a number of challenges, including how to interpret laws fairly while upholding the spirit behind them;

Impacts of Their Decisions on Everyday Life

The decisions made by federal court judges have far-reaching implications for everyday life both domestically and internationally as they shape policy around civil rights, criminal justice systems, international trade regulations, and more.

By interpreting laws fairly while upholding the principles behind them, federal judges help ensure equality before the law while preserving peace among nations through fair economic practices.

Additionally, decisions made by these judges provide protection for those affected by;

As such, these decisions play a critical role in our lives every day.

All these types of cases require highly skilled federal court judges with a strong understanding of legal principles coupled with empathy towards diverse cultural contexts. Their decisions affect everyday life – protecting victims against discrimination, ensuring proper compensation after suffering harm, and preventing illegal activity, among other things – which makes it even more important that they are unbiased when interpreting laws fairly while upholding the principles behind them. 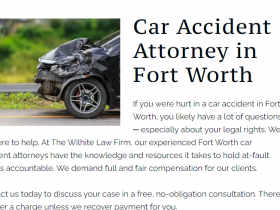 Things to consider while choosing a Car Accident Attorney in Fort Worth, TX 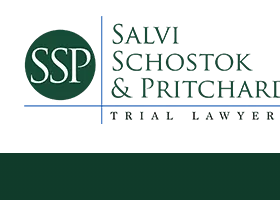 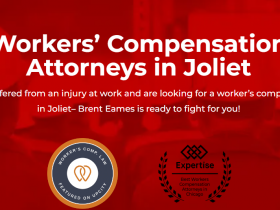 When to Hire a Workers’ Compensation Lawyer in Joliet, IL? 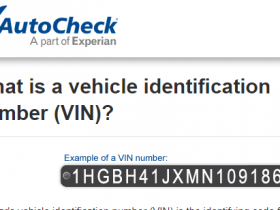