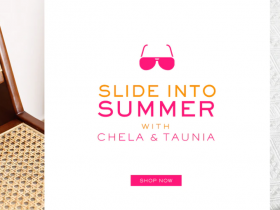 Must haves for your next hiking trip

It is not easy being a teenager, there is a lot to handle physical and mental changes and a lot of external pressure at the same time. There are times when certain things add up to be too much, or mixed in with mental illness they feel that there is nothing to live for. Their situation to them, is so bad they see no other way out. Youth suicide prevention in the form of open communication, resources, professional help, education and so on becomes essential.

But prevention is going to be most successful when parents, schools and others in the community know what to look for and what to do if they see it.

Therapy and careful communication are vital

In the majority of cases when a teen is thinking about committing suicide there are clear warning signs that could have been seen and prompted the right action had they done so. It is not the case that all teens who commit suicide had a mental illness. If a teen has made previous attempts then there is a much higher risk that they will make another attempt. With each attempt, the chance of them being successful also grows.

Resources include therapists, help from a suicide prevention charity, and support for parents can help with proper communication.

There are some common themes that come up when teens commit suicide so here is a look at some of those facts so you can see if your child is at risk and you need help with youth suicide prevention.

Parents or guardians tend to be the people more likely to look for and see signs of suicidal thoughts, unless they are the cause of them. Then it is peers, teachers, other family members who might notice and need to do something like connect with a suicide prevention charity. Teen angst is normal, feelings of depression, anxiety and worthlessness are not. Take it seriously and get professional help.

Do not make the mistake of saying they only talk about it, they do not mean it, or they would never actually do it they are just trying to get attention. If they are willing to talk about doing it, there is a point where they will try. Once they have tried once they will try again without help and one try might be the successful one.