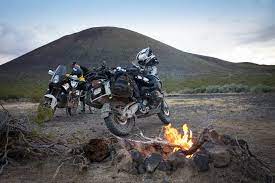 Picking a smartwatch in a market that is overflowing with possibilities can be extremely difficult. What features and functions should you search for? Just the beginning includes functionality, sensors, and compatibility.

This guide can assist you in picking a smartwatch that is best for you before you spend a lot of money. If a new gadget is on your radar, take into account the following queries. Each one should start your mind working on a crucial component of selecting the best smartwatch.

Note These 7 Things When Picking a Smartwatch

One of the most important aspects of picking a smartphone is the battery life.

You should consider how often you’re ready to continue charging in your watch because most smartwatches with color screens typically last one to two days (and occasionally less than one day) between charges.

When used as phones, watches with voice functionality won’t last nearly as long, but that is to be anticipated. An Apple Watch charge lasts around 18 hours of mixed-use.

Smartwatches like the Apple Watch and Samsung Galaxy Watch 4 are two examples that support wireless charging, which is practical since it eliminates the need to connect your gadget to a wall outlet. Instead, you can simply lay it flat on a charging puck.

Smartwatches make it simpler to keep updated on your most recent communication notifications, such as missed calls and text messages. Without taking up your smartphone, you may quickly see who has been messaging or contacting you.

Some watches allow you to respond to SMS notifications with brief, predetermined pre-set messages right from your wrist. You can make calls to anyone or answer calls even while your phone is off using other high-end smartwatches like Apple and Samsung.

Users now have more alternatives than they did in the past thanks to companies like Oppo and RealMe making their names in the wearable market. The display is becoming a key consideration when purchasing a smartwatch.

The majority of smartwatches include an AMOLED or colorful LCD, which tends to be brighter and allows you to view images, applications, and other material in richer color. Some can endure for several days or even weeks, but if you want the longest durability, go with a black-and-white display.

Picking a smartwatch or fitness band is easier when you know what you want to use it for.

Smartwatch manufacturers are joining in on the action by including activity-monitoring features as fitness trackers continue to draw attention. Most smartwatches at least contain a built-in pedometer for step tracking, however other smartwatches rely on your smartphone for activity monitoring.

Smartwatches from manufacturers like Garmin are designed with fitness in mind and come with added functions like:

Fortunately, smartwatches like Apple and Fitbit can now assess blood oxygen levels and detect ECG as tracking has evolved.

However, the majority of inexpensive smartwatches lack capabilities like ECG and oxygen tracking, so if you’re interested in gathering such health information, you’ll need to get a more expensive model.

Many smartwatches also include NFC capabilities, which enable you to make purchases without having to carry around a wallet. To use your wristwatch to pay for a pizza or anything you want, all you need to do is save the information for your credit or debit card. It’s vital to remember that all watches do not use the same payment options.

This is one of the most crucial considerations when picking a smartwatch. Look at the smartwatch’s operating system. While some other companies choose to utilize a well-known platform like Android Wear, the majority of smartwatches run on their manufacturer’s proprietary platform. Both options have advantages and disadvantages. Some manufacturers use Google’s popular OS, Android Wear.

iPhones and Android devices both support Android Wear. The Apple Watch devices are the only ones that can use the Watch OS platform. The Apple Watch cannot be used with an Android mobile either. Manufacturers with their operating systems, like Fitbit and Garmin, may be used on almost any smartphone.

The OS and utilized applications on your phone may have varying degrees of support based on the model.

Comparable to many consumer products, the price and budget are major turn offs for many people. Manufacturers with entry-level products in a very inexpensive price range include RealMe and Oppo. Brands like Fossil and Fitbit provide quality watches in the mid-range if you’re seeking something better.

Apple Watch Series 7 is the most recent model from the firm and a fantastic all-around wristwatch. You may also check out the Samsung Galaxy Watch 3, which is the company’s most recent offering in the Android smartwatch category.

To Conclusion: Picking a Smartwatch

These ideas should help you start the process of selecting a suitable smartwatch. I hope the experience is enjoyable and that you make the next significant leap toward the future. A decade ago, smartwatches could have been science fiction, but now they’re a reality.

Picking a smartwatch from the number of smartwatch brands available in the market nowadays can be a difficult task. Some of the best brands of smartwatches are Garmin, Samsung, FitBit, and Apple Watch.

Except for low-cost models from unknown manufacturers, the average price of a smartwatch ranges from $100 for earlier models to $1,600 for the Tag Heuer Connected. For instance, the cost of the Apple Watch Series 7 ranges from $399 for a basic aluminum casing and silicone band without built-in GPS to over $1,399 for a designer or ceramic shell.

As fitness apps continue to garner attention, smartwatch makers are getting in on the action by adding activity-monitoring functions. The majority of smartwatches include a pedometer built in to measure steps, while other smartwatches depend on your smartphone to track your activity. Luckily, as monitoring has advanced over time, they can now measure blood oxygen saturation and monitor ECG.