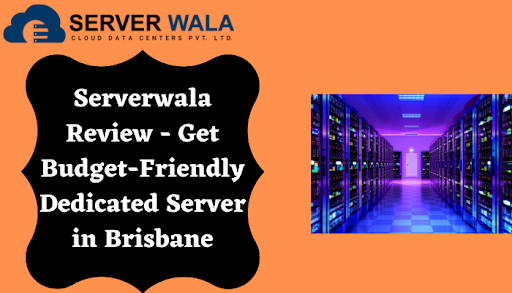 423 area code is the code that covers the central part of Tennessee, and the Northern and Southern regions of Knoxville. The cities of the Northern region like Greenville, Kingsport, Bristol, Morristown, and Johnson City while the Southern region cities Cleveland and Chattanooga are part of area code 423. The entire region is under this area code. This area code has spread in the Central and Eastern Time zones. The Central Time zone is classified as America/Chicago while the Eastern Time zone is America/New York.

Area code 423 came into existence in the state of Tennessee in the USA on 11th September 1995. It originated from area code 615. With the rise in the density of the cities, area code 423 got split to create area code 865 to facilitate the users with the rising demand in the year 1995.

Imagine that you receive calls from the 423 area code for the very first time, what would be your suspicion developed initially in your mind! You would surely wonder regarding the caller’s location, whether the number is legit or a scam!

This is a telephonic area code for Tennessee in the United States of America planned by the Numbering plan system of North America. It includes two isolated regions of the eastern part of Tennessee which are disjointed by area code 865.

The area code 423 includes the major cities Bristol, Greenville, Morristown, and Kingsport, famous as the Tri-cities region in the northern region. The South cities Cleveland and Chattanooga are part of this area code.

Initially, 901 was the area code created by the Numbering Planning system of North America under the single numbering plan (NPA) back in 1947. After a span of 7 years, 901 was limited to the West of Tennessee, whereas the area code 615 took over in the eastern parts of the state in the year 1954.

In 1995, 41 years later, the increasing need to provide phone numbers gave rise to the area code 423. The eastern regions of the 615 area code, along with Chattanooga, the Tri-cities, and Knoxville, got new area code 423. 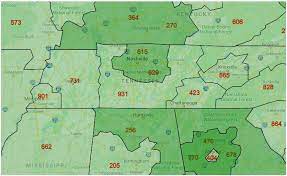 This setup of the area code distribution was supposed to be a long-lasting solution by the Regulatory Authority of Tennessee. On the contrary, in just a period of 3 years, area code 423 was about to exhaust due to increasing in the telephone and pager users, particularly in Chattanooga and Knoxville.

As a result, the need for a new area code in the Eastern province of Tennessee was obvious. This would force many users and business persons to alter the numbers two times in a single decade. This need brought area code 865 into existence. The new area code 865 was for major regions of the Central part of Tennessee and Knoxville that got into effect on 1st November 1999. Eastern Tennessee followed the dialing 0f 423 till 22nd April 2000.

When the division plans were administered, it was seen that there was very high traffic in Tri-cities for following Knoxville to area code 865 but had not enough occupancy for its own area code. As a result, the regulatory authority of Tennessee has two alternatives, either a split strategy which would result in two 423 area code non-contagious sections or 865 would have to overlap the eastern region of Tennessee.

The second alternative was brought into action, and due to overlap, there was resistance due to the dial method with 10-digit numbers. Generally, Knoxville being the largest city was on the cards to retain area code 423, but the regulatory authority of Tennessee put forward a request to utilize 865 as on the alphanumeric keyboard 423 resembles volunteers. (VOL) is referred to as an epithet for the Tennessee University sports team.

Hence, it resulted in the creation of one of the nation’s few area codes that would not be contagious, as 423 surrounds 865 in the entire region barring east. The NPA had an initial calculation that reshaped 423 and would last long till 2010. Yet, as the combination of numbers got implemented in the southern region in 2002, the authority has a future vision of 423 lasting in a non-contagious state till 2027.

In the current times with the highly engaged phone use, there is the utmost probability to face a scam and so the essentiality to be on high alert exists. There is a security protocol with context to area code 423. If there is a suspicion of a scam/fraud call from area code 423, merely conduct a reverse phone checkup on any telephone number that starts with 423 to check what other customers have reviewed on it. The courtesy of the reverse checkup is for SmartCaller users.

There are many toll-free area code numbers that include 888, 855, 844 area code, 833, 800, and many more. The numbers are taken in use by the particular company’s customer care service lines and can be used by other entities as well. They are regulated by FCC, however area code 423 does not belong to the list of toll-free area codes in Tennessee.

Can unwanted 423 calls be blocked?

If you want to restrain yourself from receiving 423 calls, follow the below-mentioned steps:

How to get my own 423 number for business?

Even though the area code 423 does not come free, getting the individual business number is a good idea to build relationships with the esteemed customers as they can be accessed virtually all across the globe and vice versa.

What is the area code of Tennessee Nashville?

The area codes 615 and 629 serve Nashville in Tennessee and the neighboring 12 counties. The main area code being 615, 629 plays the part of overlay to cover the same region that started back in 2014.